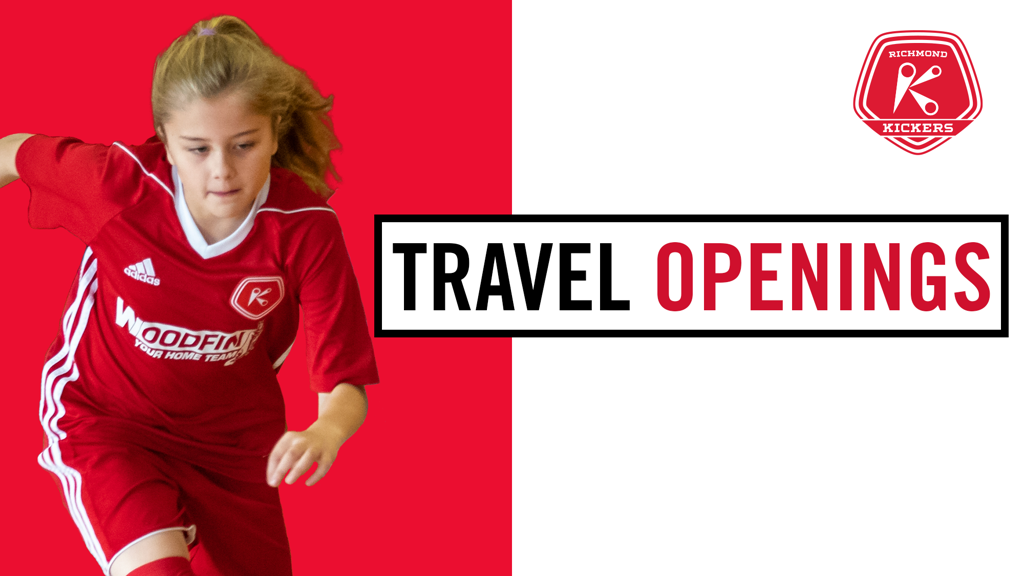 We still have travel team openings! Families interested in joining the club should contact the respective Program Director for more info:

How to register your player for Travel Team Selections:

If you are new to the Kickers club email the appropriate Program Director with a brief description of your child’s soccer experience after you register. Click here to register

Many parents have asked questions regarding the upcoming 2020-21 seasonal year. We understand there are unknowns as to when we can return to play and concerns about committing to a team. To assist our families with the uncertainty surrounding COVID-19 we have made significant changes to our travel payment policy to help alleviate your financial concerns.

To secure your position on a Richmond Kickers team the deposit will only be $200. (Deposits last year were between $600 and $750.)
No additional payments are required until August 1st, 2020.
If we are unable to return to play by July 31, 2020 then all future payments will be suspended until programming begins.
In addition to the deposit we have spread your fees over 7 monthly payments (Aug 1st to Feb 1st) 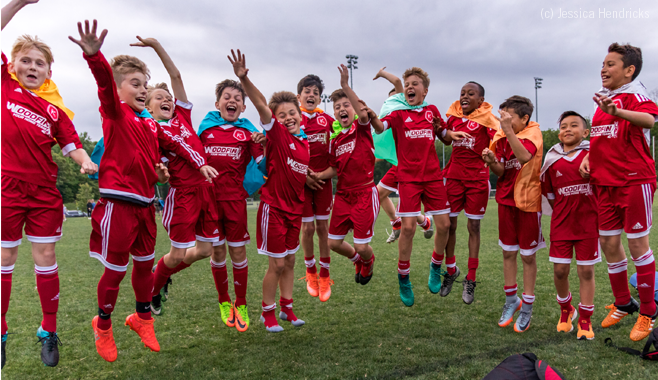 Elite teams represent the most competitive teams within the RKYSC structure. These teams may be comprised of players from all RKYSC geographic areas with the intent of fielding the strongest possible team. The Elite team will select the top players in each age group beginning at the U11 age group. Depending on the quality and number of players at the tryouts, there could be multiple Elite teams in an age group. Most of our U11 – U19 Elite teams compete in the Virginia NPL / VA Premier League (VAPL) and numerous prestigious tournaments. In the age groups where multiple Elite teams are formed, some of the teams compete either in the Advanced Development Soccer League (ADSL) or the Virginia Soccer League (VSLi).

The Richmond Kickers U9/U10 program is the strongest developmental program in the region with an innovative format for players ages 8-9. The U9/U10 program has been meticulously designed to provide additional emphasis on technical and tactical instruction under the guidance of the region’s top coaches.  The pioneering format offers a seamless transition from the highly successful Advanced Development Program (ADP) for players ages 6-7 to Kickers travel teams.

Competing in the Advanced Development Soccer League (ADSL), the Richmond Kickers’ U11 and U12 teams emphasize technical and physical development while encouraging individual creativity and expression.  The focus of the program is not on winning but on developing each player to his or her fullest potential and preparing the players for success in the future.  Geographically based teams train twice per week and participate in an eight-game schedule played throughout the greater Richmond area, requiring very little travel for players and parents.

Richmond Kickers U13-U19 Classic teams are members of the Virginia Soccer League (VSLi) and compete against other teams from various clubs in the greater Richmond area as well as Southeast and Northern Virginia.  Team tactics and various systems of play are introduced into the training program and players are encouraged to solve various problems within the context of the game or a particular situation on the field. Sessions are designed to create a fun and enjoyable environment for players that are passionate about the game.

Fees for the Kickers travel program include up to two tournaments per season as well as winter and summer training.  Uniforms for travel players mirror the Kickers professional team with top-of-the-line replica Adidas jerseys and shorts.

As an added benefit, all players in the Kickers travel program have the opportunity to experience the atmosphere and excitement of Kickers Pro soccer with a complimentary Family Pass, which offers admission for up to five family members to all Richmond Kickers professional regular season home games at City Stadium ($1,275 value).

Michael Burke, U11-U14 Technical Director, acts as the main technical point of contact for all of the Kickers U11 and U14 Boys and Girls, Classic and Elite travel teams, guiding players through innovative and high-quality youth development programming and excellence in coaching.  Involved with the Kickers youth club since 2001, Burke holds a USSF B License.  Holding the franchise record with 61 assists, the six-time Supporter’s Choice MVP honoree amassed nearly 18,000 minutes in a Richmond Kickers pro uniform over 11 seasons before retiring from professional soccer in 2012.

Andy McIntosh manages all technical aspects of the Kickers U15-U19 Girls Classic and Elite teams.  A native of London, England, McIntosh received his BS in PE and Sports Science as well as a Post-Graduate Certificate of Education in Physical Education from Loughborough University.  He also has a USSF A License and a NSCAA Technical Director License.

Mark Stollsteimer oversees all technical aspects of the U15-U19 Boys Classic and Elite teams.  With 14 years of experience as a head coach at the NCAA Division II and III levels, Stollsteimer spent 12 years as head coach at Davis and Elkins College and two years at Millikin University.  Holding a NSCAA Premier License, he brings over 10 years of experience in leadership positions including President, Technical Director and Director of Coaching for three different soccer clubs in the U.S.

For more information, please contact the Technical Director of your respective age group:

U12 Boys Elite Red Earns Team of the Week Honors

Chaieb Named Player of the Week

U19 Girls Elite Red Pick up Team of the Week Honors

Picked Up Victory Over an Undefeated Vienna Team

Leadbetter Named Player of the Week

Hosted at Ukrop Park and Open to U9 to U15 Players