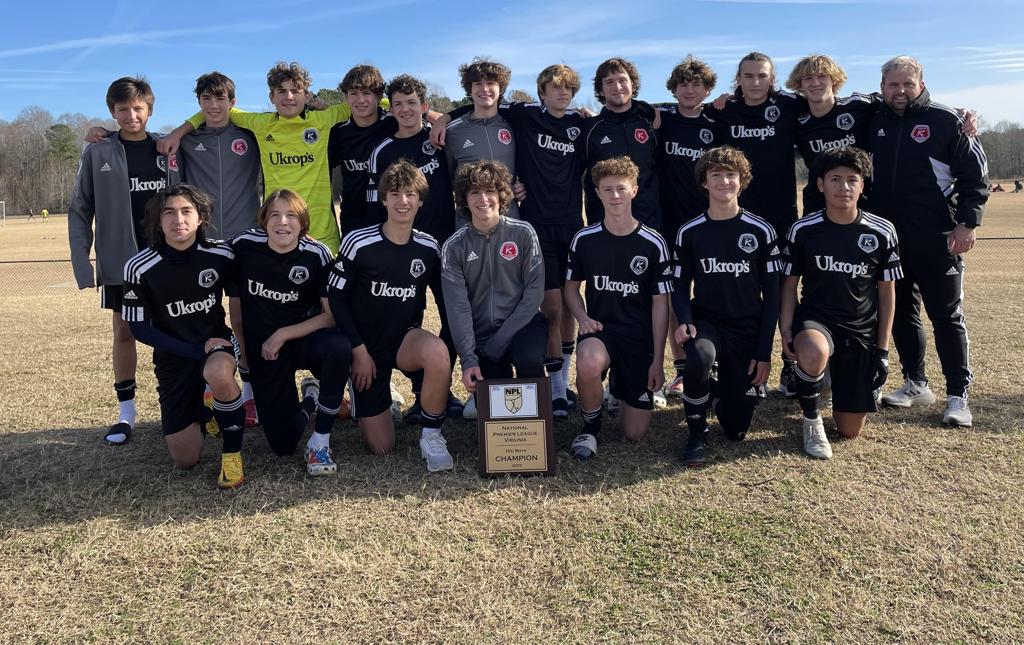 The Richmond Kickers U16 Boys Elite Black are this year’s National Premier Leagues Virginia Champions. They have secured their spot in next year’s NPL Finals that takes place in Denver, Colorado in July 2023.

The NPL Final Four event was hosted in Williamsburg, VA. Kickers were tied 2-2 with Central Virginia United at the end of regulation, during the pouring rain. While no one broke the deadlock in overtime, the game went into PKs. With a crucial save from Goalkeeper Mason Phillips, Kickers advanced to the Finals winning 5-4 on penalties, where they would play Augusta United.

Kickers produced a dominant display in the final, winning 4-0, with goals from Dylan Roberts, Kevin Galicia, Yezeed Khashroom and Mateo Gajarsky-Prado. Congratulations to the players and Coach Richards, on this fantastic achievement! We are proud that you all will be representing our club in Colorado!