Team of the Week: U13 Girls Ukrop Park 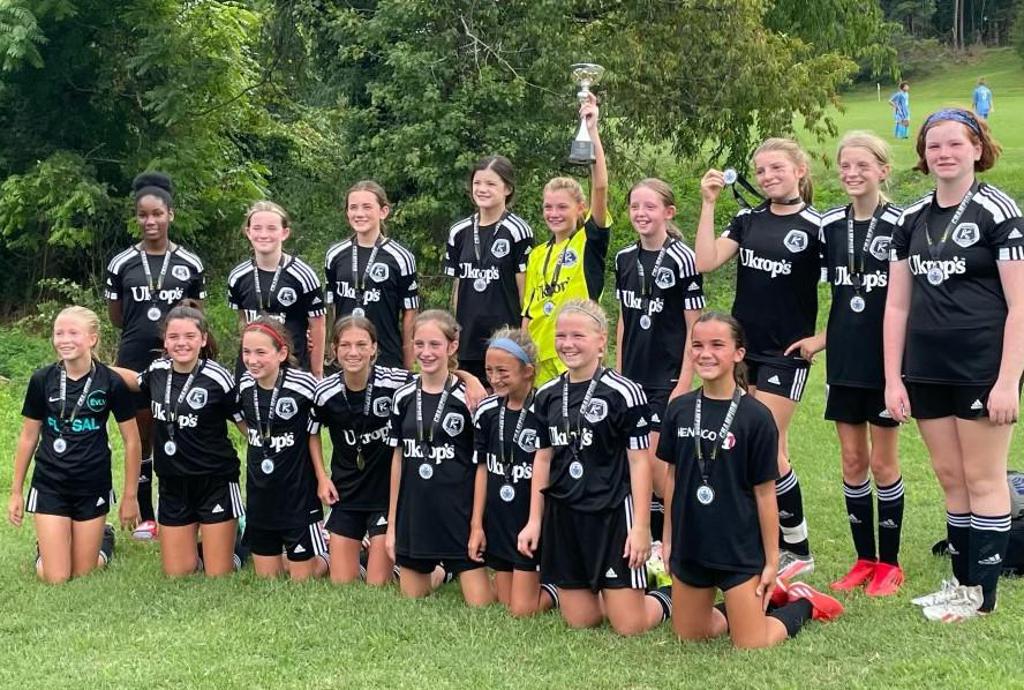 Richmond Kickers U13 Girls Ukrop Park recorded their second team of the week nomination showing tremendous character to snatch victory from the jaws of defeat on Saturday, May 7. Playing a very well organized Richmond Strikers 09 Premier North team that had already beaten them 5-0 in the Ultimate Cup, the girls played a strong first half, trailing 1-0 at half time. Kyleigh Funk got the second half off to the perfect start with an early goal to make the game 1-1, but Strikers responded strongly straight away to restore the one goal lead at 2-1. The U13 Girls Ukrop Park would not be denied, Emerson Cope scoring a game-tying free-kick in the final minute of the game, and then scoring an audacious 40 yard winner in injury time to seal the deal.

Congratulations to the girls for a fantastic come back win! Keep up the good work!