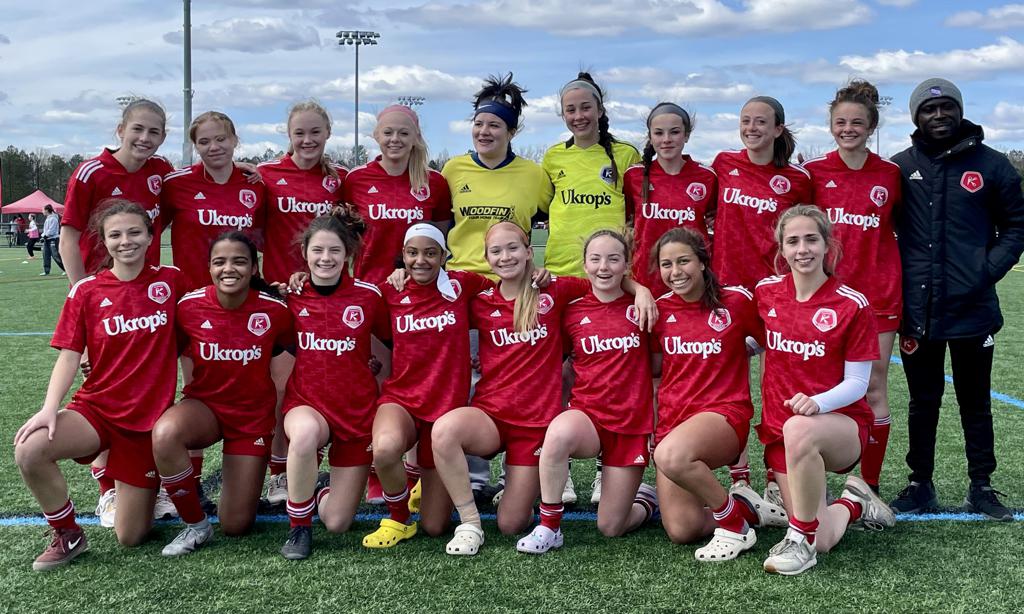 It was fun weekend for our Richmond Kickers Girl’s teams as they had an exceptional time, demonstrating team spirit and quality soccer across the state. Check out the program highlights:

Richmond Kickers U13 Girls Ukrop Park started the game with a bang, Kyleigh Funk scoring in the first 25 seconds of the game at Virginia Beach City Academy. VB City came back strong with the equalizer after 20 minutes and a goal from a corner which gave them a 2-1 lead at half time. The Kickers answered immediately with Lilah Sheridan scoring in the first minute of the second half and Funk notched her second goal to win the game 3-2 with minutes remaining. Congrats to Sean Pratt and the team for a great performance!

Richmond Kickers U14 Girls Ukrop Park had a winning start to the season with a 1-0 victory against Beach FC Fury. A superb team effort to keep a clean sheet, and the defensive display was boosted by a Shaia Goodman goal from a beautiful Sarah Alvarado assist to secure the win. Congrats to Andy Spalding and the team for a big away performance.

The U15 Girls Elite Red team were placed in the perfect bracket this weekend. The girls started the weekend with a 1-0 win against Minnesota Thunder, Allie Davis with the game winner, and on Saturday the team lost a hard fought game 1-0 to NCFC Youth ECNL. Needing a 3-0 win on Sunday against Penn Fusion, the girls responded well to going 1-0 down fighting back to equalize and finish the weekend with a 1-1-1 record.

Our U16 Girls Elite Red team were unbeaten in the Jefferson Cup this weekend. A convincing 4-0 win on Friday with a brace of goals from Alice Bowman, a goal from Katie Burton and a superb team goal was followed up with a 1-0 win on Saturday, Kaci Johnson bagging the game winner against Roswell Santos. The girls scrapped hard to remain unbeaten with a hard-fought 2-2 tie against Match Fit Academy on Sunday.

U17 Girls Elite Red went 1-1-1 at Jefferson Cup this weekend. The girls started the weekend with a 3-0 win on Friday, before losing 2-0 to the group winners NEFC. The players responded very well on Sunday despite a couple of injuries, finishing the weekend with a 1-1 tie against PSA National.

Our U19 Elite Red girls signed off their Kickers careers in style with three wins in the Jefferson Cup. Genevieve Travers scored a brace in the Friday game, a convincing 2-0 win against Internationals SC. The Saturday game was a lot tougher, against a very talented Penn Fusion squad yet the Kickers prevailed, Victoria Drake scoring the game winner early in the second half. The Sunday game was not the best performance, but as they have been doing all year, the girls displayed grit and determination to get the job done. After going 1-0 down, Mac Joly scored a superb individual goal to strike right back and then Lindsay Schenack, the warrior, scored a banger from 25 yards with minutes on the clock. Congratulations to the girls on finishing a very challenging year in style!