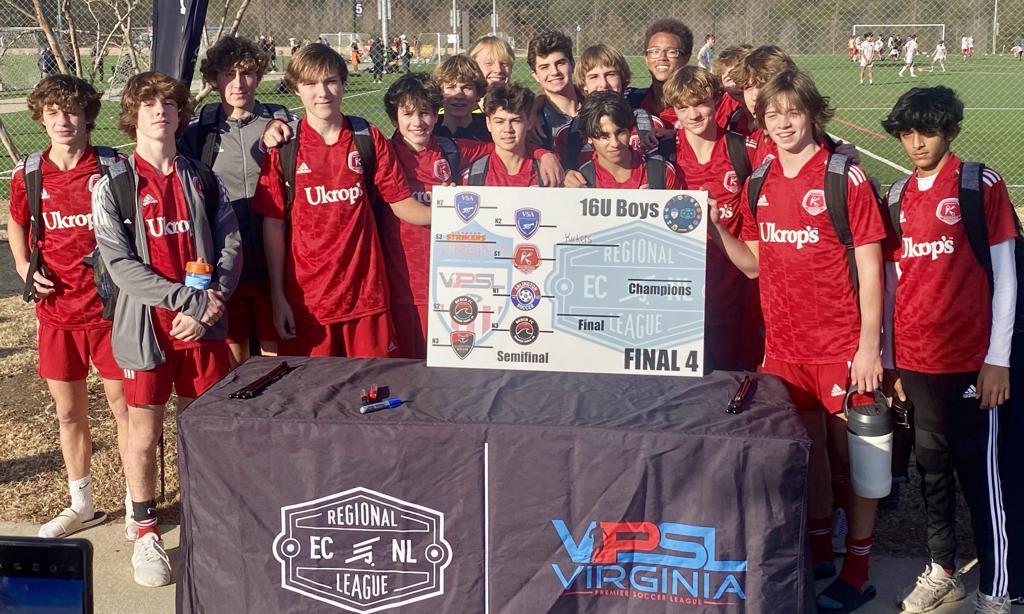 The Richmond Kickers U16 Boys Elite Red secured their place in the ECNL Regional Championship and a trip to San Diego with an emphatic 5-0 semi-final victory vs VSA.

10 mins later, Jack Bleacher was on the score sheet again after a hard worked assist from Nico DelliCompagni.

With 15 minutes remaining Brayden Pascale released Kyle Fowler on a breakaway and he kept his composure to calmly loft the ball over the keeper’s head.

In the final minutes Isaac Torres served an accurate right footed cross directly on to the head of Lucas Spiegel who guided the ball into the roof of the net.

In injury time, Lucas Spiegel was brought down in the box and with the last kick of the game, goalkeeper Nathan Joly placed the resulting penalty kick into the far right corner.

The win sets up a rematch with Beach FC in the VPSL League Final and sends the team on their way to The ECNL Regional Championship in San Diego California!