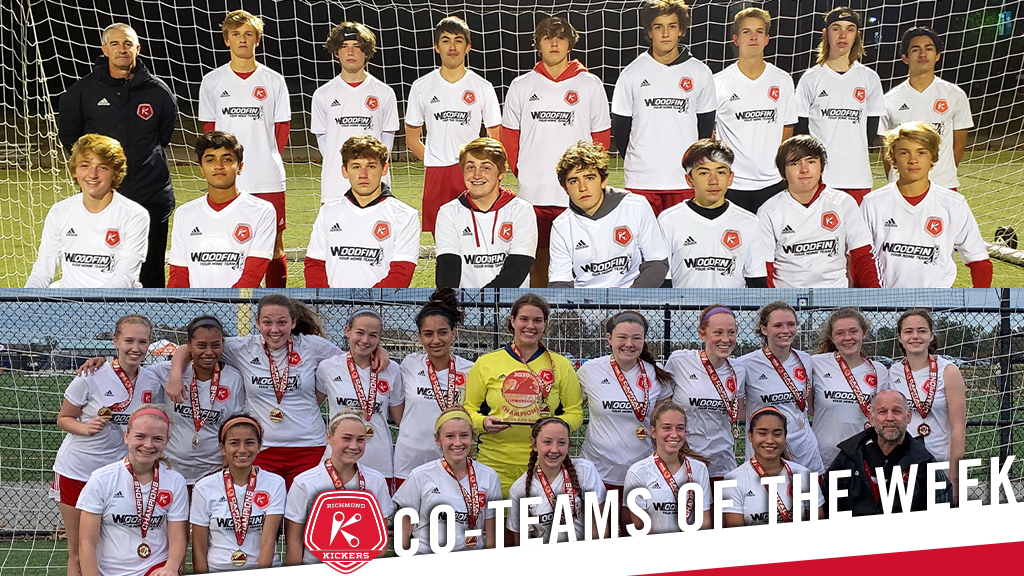 The U16 Boys Elite Black and U19 Girls Ukrop Park teams were named this week's Kickers Youth Co-Teams of the Week.

"I've really been pleased with the progress I've seen with the team this season," Coach Jim Thomas stated. "They've come a long way since the beginning of the year and overcome a lot of obstacles. I am proud of their accomplishments this year, but most impressed with the dedication and leadership of key members of the team. That commitment has the playing at a very high level."

The U16 Boys Elite Black team will be back in action this weekend competing in the prestigious NCFC College Showcase in Raleigh, NC. We wish them the best of luck!

The U19 Girls Ukrop Park responded in the best possible way to a 2-0 defeat in the first game of the Capital Fall Classic with three shutouts, three wins and a championship trophy in the Women's U19 Classic Black division this weekend. The first game did not go as planned, losing 2-0 to Stafford Revolution, but the team bounced back with a convincing 5-0 win Saturday evening against King George United. A hard fought 1-0 win against Wilson Youth SA Explosion was enough to give the Kickers a shot at redemption, and they responded in style with a 2-0 win against Stafford in the Championship game.

Congratulations to Coach Blevins and the team for a fantastic tournament performance and a great way to end the fall season!