Scored a Hat Trick in 4-1 Victory 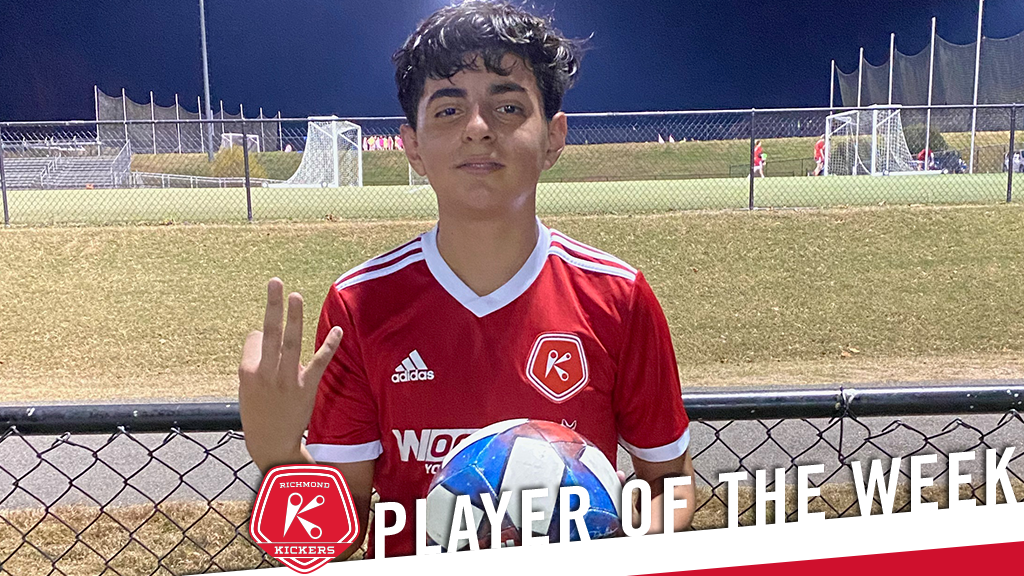 Joshua Martinez has been named Richmond Kickers Player of the Week.

He earned the award by hitting a hat trick for his U14 Elite White team in a 4-1 victory over OBX Storm this past Sunday.

Josh scored his first goal early in the game by chipping the keeper from distance to the far post.

In the second half, he notched his second by being being in the right place at the right time finishing clinically at the far post.

He completed his hat trick minutes later after being released on goal after excellent combination play from the midfield, calmly finishing past the keeper, sealing his hat-trick and the victory for the team.

Congratulations to Joshua and the U14 Boys Elite White team!