U16 Boys Elite Red Named Team of the Week 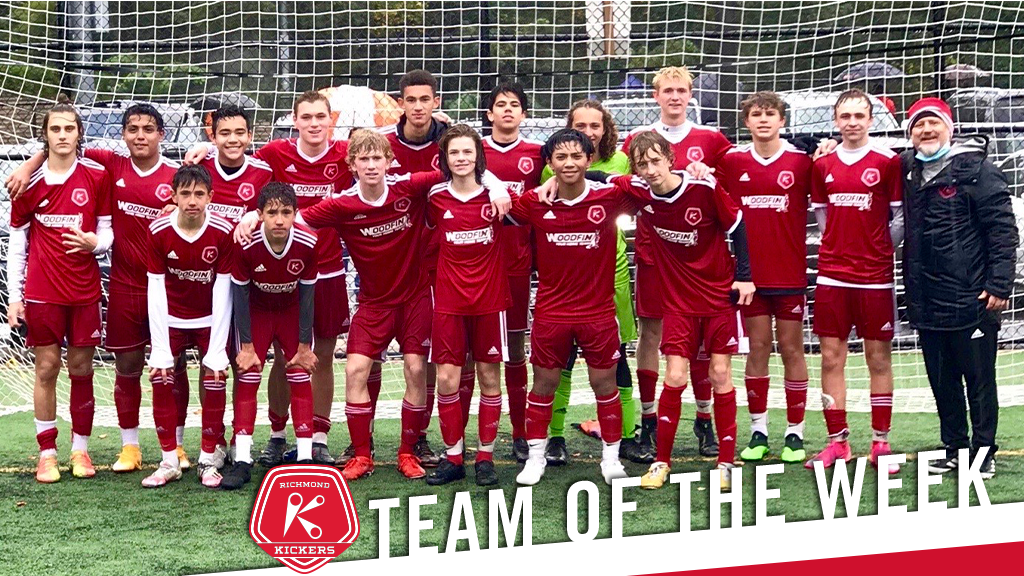 The U16 Boys Elite Red team are the Richmond Kickers Youth Club Team of the Week. They were crowned VPSL regular season champions last Sunday with a come from behind 5-2 win over Great Falls. That victory was their seventh of the season and put the boys overall record to 7-1 in the league with a total of 21 points. The boys are five points clear of second place teams Vienna and Stafford, guaranteeing the boys the championship with one game remaining. So far this season, the team have scored 37 goals in eight games and have conceded only 10.

"I'm extremely proud of how the boys have come together as a team over the last few weeks," Coach Mark Stollsteimer commented. "We lost a tough game in week 5 to Villarreal VA Academy 1-2. The Monday after the loss a few players organized a team meeting and challenged each other to work harder and play for each other. The practices following the meeting were intense and filled with emotion and hard work. The boys followed up the loss with 3 impressive wins 3-2 over 2nd place Vienna, 7-1 over PWSI and 5-2 over Great Falls to seal the VPL Championship. I couldn't be more proud of the leadership shown by the players and the way they responded after the loss."

The regular season title has guarantees the team will represent the VPSL at the upcoming US Club National Tournament.

"I'm so happy that the boys have earned the right to attend the US Club National Tournament again," Stollsteimer continued. "Last season, we finished undefeated in the league, but had three ties which cost us the league title. Our second place finish was good enough to qualify for Nationals. Unfortunately, the Nationals were cancelled due to COVID-19. Our goal at the beginning of the season was to win the league title and hopefully get our shot at Nationals this summer. Step 1 is completed and we are hoping we get the opportunity to represent the Richmond Kickers and the VPL at Nationals this summer."

The boys finish the VPL season this weekend versus Stafford and then head to the NCFC Showcase in Raleigh, N.C. November 20-22.

We wish the boys the best of luck with the remainder of the season!