U19 Girls Elite Red Pick up Team of the Week Honors

Picked Up Victory Over an Undefeated Vienna Team 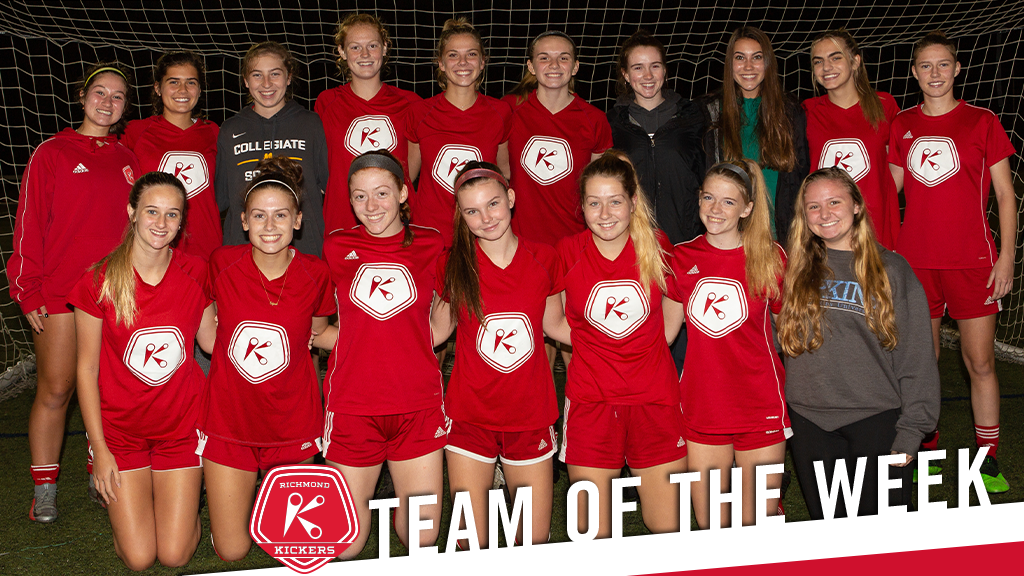 Richmond Kickers U19 Girls Elite are awarded team of the week after a very impressive 4-3 victory against Vienna Youth Soccer Club. Vienna came into the game in great form with five wins out of five, scoring 21 goals and yet to concede a goal, but this did not deter the Kickers from putting in a great performance.

Kickers scored first with a goal from Lauren Fescina from a great assist by Emma Barrett, and scored a crucial second goal just before half time, Mackenzie Joly slotting her finish by the keeper after a through pass from Georgia Smith. VYS pulled a goal back early in the second half to make it 2-1 but soon after Joly was fouled inside the box and Chloe Manheim converted the spot kick to restore the two goal advantage. VYS showed great character to get the game to 3-2 and then 3-3 with less than ten minutes left, but Kickers showed great determination and Grace Garrity scored the winner from a pass by Elizabeth Drauszewski with minutes left on the clock.

Congratulations to the players for a great performance!