U17 Girls Elite Red Picked as Team of the Week 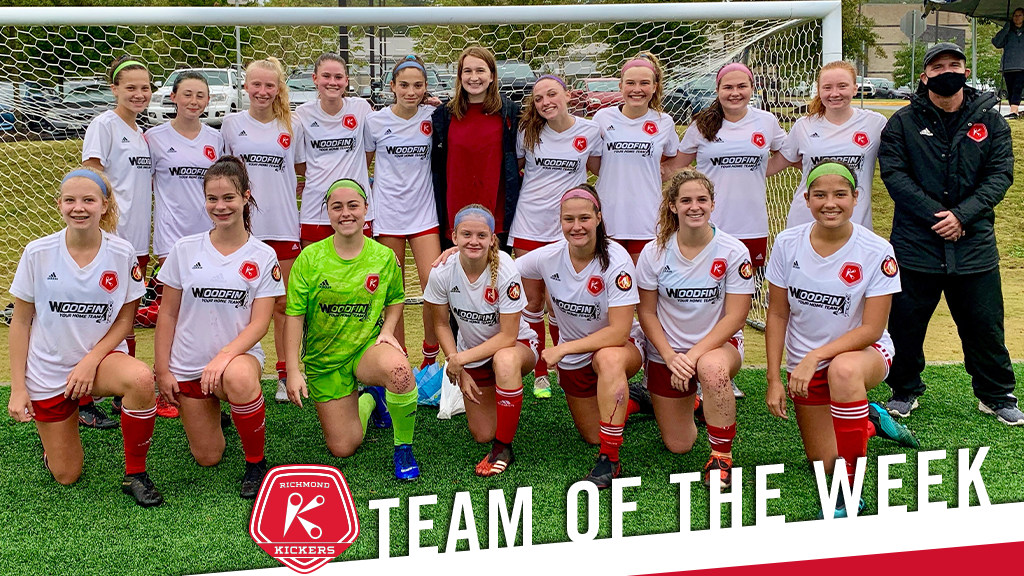 The Kickers U17 Girls Elite Red have been named the Team of the Week after three victories over the holiday weekend at the WAGS Rael Vodicka Memorial Tournament, one of the top girls events in the country.

The first victory came against Virginia Legacy, with a pair of goals from Lili Zeballos and Regan Baltz. Another 2-0 win came for the girls the next day as Madelyn Stubblefield scored a brace against FC Virginia. On the final day, the girls picked up a 6-0 win over Maryland United. Stubblefield netted a hat trick, to go with a brace from Zeballos and a goal by Baltz.

On top of an impressive offensive output, the team also made a strong defensive performance, collecting three clean sheets. Goalkeeper Maura Mahoney came up with some massive saves, including a penalty save.