Amos Selected as Player of the Week 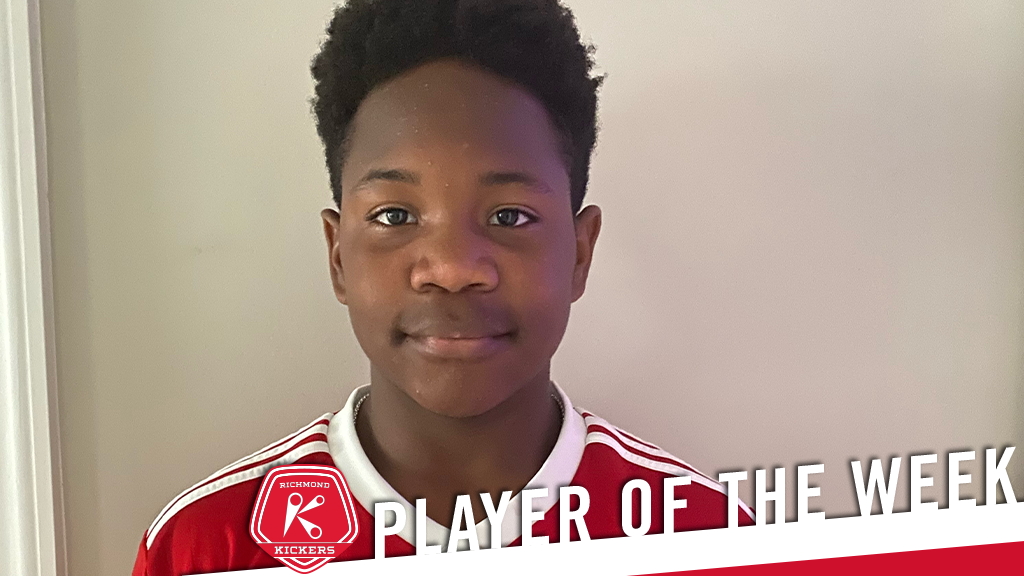 Tyler Amos scored four goals to lead the Kickers U15 Elite Red to a 5-2 victory over Villarreal FC.

His first goal was the most important as it tied the match and shifted the momentum energizing the team prior to halftime. The goal was a powerful long range effort that cannoned off the far post and into the side netting.

Two breakaway goals where he confidently rounded the keeper on both occasions and slotted precisely into the goal from a narrow angle.

The best of the bunch was a sublime chip over the goalkeeper's head from 15 yards.