U15 Boys River City Earn Team of the Week Honors

Team Picked Up a Pair of Victories 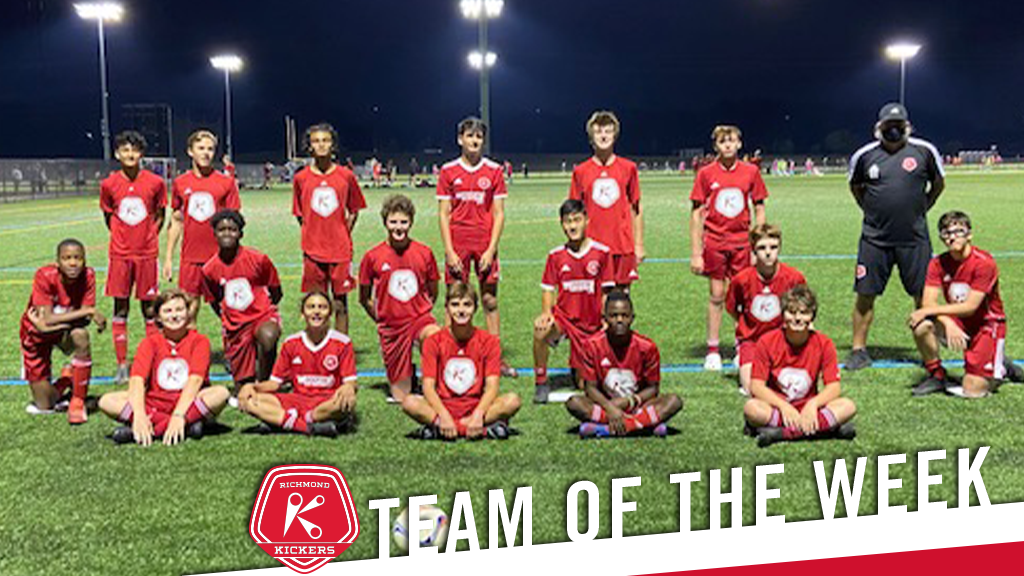 The U15 Boys River City team coached by Dean Tyler has been selected as the Richmond Kickers Team of the Week. The team captured two victories over the weekend with a 3-0 win Saturday over Virginia Legacy which was followed by a 6-1 win Sunday over AFC Chesapeake. The team has started the season 4-0 with wins against Beach FC and AFC Chesapeake outscoring the four opponents 26-1. The offense has been led by Lance Yeboah, James Blalock and Jordan Bonnett. The defense has been stifling this season already recording 3 shutouts. Leading the defense are "THE GRANTS" Grant Shindler & Grant Stover as well as Kareem Spruill Jr and goalkeeper Henry Houser.

"All 17 players have made significant contributions on both sides of the ball this season and I'm excited for the rest of the league matches," Coach Dean Tyler stated. "It makes me proud, as a coach, to see this kind of excitement displayed in training sessions in which we are focused and learn together different aspects of this beautiful game we love collectively."