Stubblefield Named Player of the Week 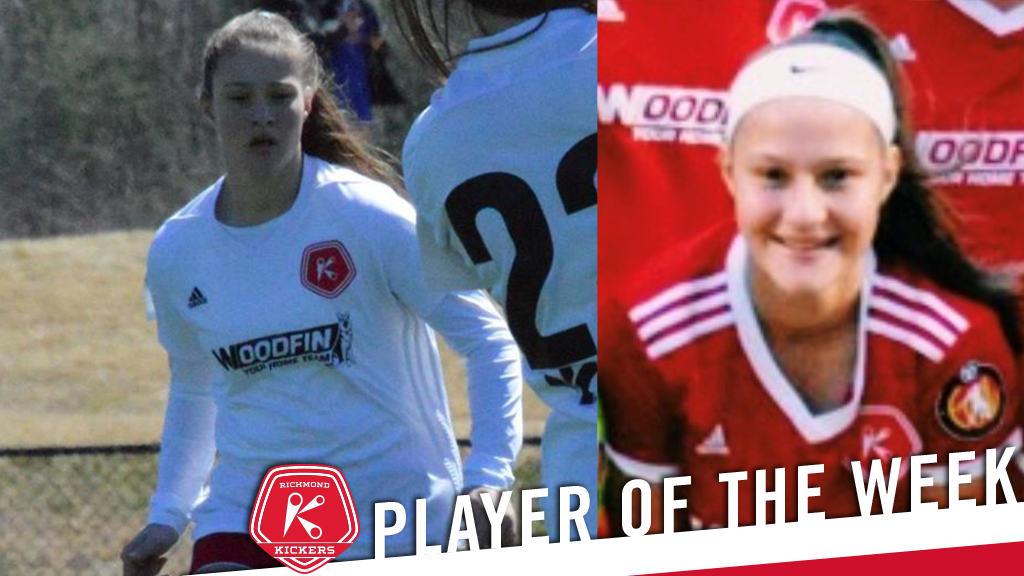 Madelynn Stubblefield, also known as 'Stubbs' has earned Player of the Week with a three goal display in the U17 Girls Elite 3-2 win at the Tidewater Sharks.

The first goal came early in the game when Stubbs controlled a pass from Gabby and placed her shot in the bottom left corner to give Kickers the lead. Madelynn scored again not long after, converting a free kick from the top of the box to the bottom right side netting to give the Kickers a commanding 2-0 lead. They do say that 2-0 is the most dangerous lead in soccer, and Tidewater goals either side of half time put the game back on level terms at 2-2. However, the 17s were not to be denied and with just over 5 minutes to play, Lindsey Schenack put a great ball over the top and Stubblefield slotted a deft finish over the keeper's head to secure the points.

Great performance, Madelynn and well done to the 17s for fighting for the victory!