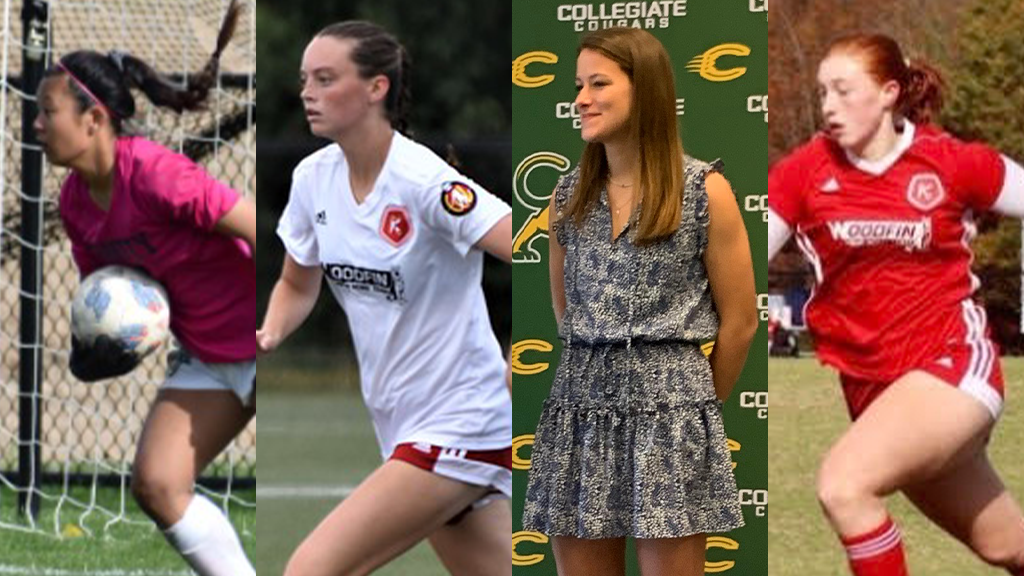 Congratulations to the Richmond Kickers girls that have committed to play college soccer next year!

“It has been an honor to coach these three young women over the last two seasons," said Rob Ukrop. "As good as they have been on the soccer field, they have been even better teammates providing encouragement and leadership to others young female player within the Kickers organization. I am proud that the Richmond Kickers continues to move young women into the college game where I know they will represent RVA well."

Lauren Park is one of the goalkeepers on the Kickers U19 Elite team and also plays varsity at Trinity Episcopal School. Lauren discovered a passion for goalkeeping late in her soccer development, but her hard work and dedication to improving her game has paid off. Lauren will be playing college soccer at Wellesley.

Victoria Seymour has played a variety of positions over her Richmond Kickers career, which is no surprise as she is a technical player with good ideas and a great attitude. She has shown the ability to score and create goals as a forward, as well as determined and combative defending at the back. Victoria will be playing soccer next year at Union University.

Rennie Spotts is a versatile player on the Richmond Kickers U19 group, and also plays for the Collegiate Varsity team.  An experienced and talented player both in the back line or central midfield, Rennie will be playing college soccer at Franklin and Marshall.

Madeline Tuckley is a strong and powerful defender on our South team, and will be continuing he soccer career at Guilford College.