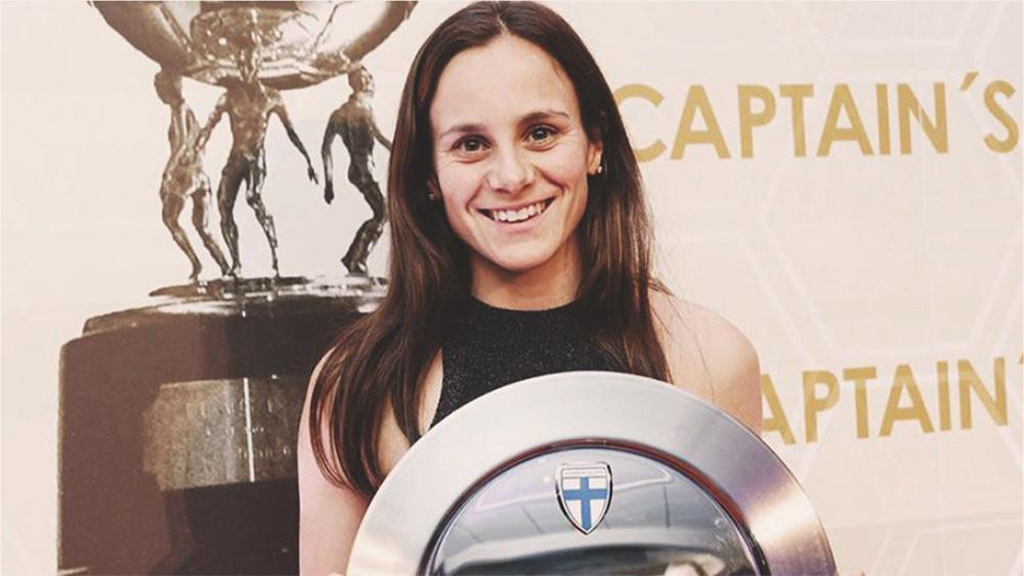 RICHMOND, VA – (Thursday, January 16, 2019) – Former Richmond Kickers youth player Ashley Riefner was named the Finnish Midfielder of the Year. She led her club, HJK Helsinki to the double this past season winning both the Naisten Liiga  and the Finnish Cup.

"I love playing soccer,” said Riefner. “It's really competitive in Finland. I feel like I'm getting better and better every season. With the Kickers, I feel like it formed my football identity."

Riefner played three seasons at the University of Richmond, after redshirting her freshman year. She made 55 appearances, scoring 13 goals and adding 17 assists for the Spiders. She grew up within the Kickers youth club, coached by Rob Ukrop and Andy McIntosh.

"I don’t exactly remember games, or how I played or how good we were and things like that,” added Riefner. “The one thing that always sticks out to me [while with the Kickers], is that I always feel like I had so much fun and had great friends. With Rob [Ukrop], we were always doing things outside of soccer and stuff for the community. I think I just learned how to be a good person and I really just learned to love the game of soccer. That is what has carried me to where I am now."